Virginia Eye Consultations was one of this year’s roaring 20’s winners! 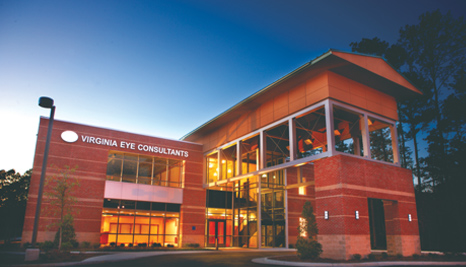 At Virginia Eye Consultants, growth over the past few years has been unleashed in part by a new operational structure.

Chief Executive Karen Spencer said before she and Chief Financial Officer Nancy O’Toole came about five years ago, physicians at the 50-year-old practice were juggling two roles: practice and administration.

“There was no real sophisticated leadership at the helm,” Spencer said. “Our physicians are world-class physicians in their own right, but they’re physicians. And they were working and taking care of patients and meanwhile, they didn’t have anybody with any level of sophistication running the business side of it.”

Suffice to say things have changed at the surgical and specialty eye care practice. Revenue is up about 22 percent from 2010 to 2012, and they’re headed for around 10.5 percent year-over-year revenue growth in 2013. They’ve added more than 20 employees since 2010 and have location expansion plans in the works.

“It’s a fabulous honor,” Spencer said about being named to The Roaring 20s for the second year in a row.

Spencer said the majority of the firm’s growth has come in the past four years. While having business-minded executives at the helm helped, it wasn’t the sole driver. The company has placed emphasis on recruiting world-class physicians, Spencer said, and supporting them with a world-class staff. Employees have been trained in the principles of the Ritz-Carlton Leadership Center for the past three years, she said.

“We take extra effort to ensure that our work culture is one of individual, personal growth as well as professional and corporate growth.”

Spencer used the phrase “world-class” further to describe VEC’s main 34,000-square-foot facility and ultimately the type of service they seek to provide. Revenue growth might be given a boost by those quality factors, but not to be overlooked is the firm’s extensive referral network.

“We have about 140 optometric partners out in the community who provide primary eye care and utilize our service in a shared-care partner format if the patient gets beyond their scope,” Spencer said. “Really that represents about 65 percent to 70 percent of all of our business.”

In turn, VEC offers partners continuing education, advanced testing technologies and other benefits. The referral model was in place when Spencer arrived, but it was in its infant stages. Since then, VEC has hired a director of optometric services that facilitates those relationships. There is also an advisory board with about 25 of the top referring optometrists that meets quarterly.

“We look out for their success and they look out for our success,” Spencer said, “and together we provide the patients of Hampton Roads what they need.”

Spencer said she expects continued growth. Besides the main VEC location, there’s a 4,000-square-feet satellite location in Hampton. In January, VEC is slated to open a 5,000-square-foot location there.