Kaitlyn Took a Shot at #LivingLasikLife 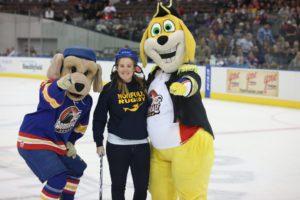 Kaitlyn scored free LASIK at our first ever #LivingLasikLife Shoot Out Contest at the Norfolk Admirals.  She competed on the ice against two other contestants shooting at the goal for the chance to win LASIK from Virginia Eye Consultants. All eyes were on her and everyone in the crowd leapt to their feet to cheer as she got in all three shots!  She had never even picked up a hockey stick before that night, and she nailed it with her dad and new baby boy in the crowd rooting her on.

For Kaitlyn, it has been a lifelong goal to get away from having to wear glasses. She’s worn them since first grade.  As an aquatic fitness instructor, runner, rugby player and new mom, glasses and contacts were always in the way.

Kaitlyn experienced immediate results after LASIK and the afternoon of her surgery was able to clearly see the TV, which she was never able to see before without her glasses or contacts.  Her best friend’s birthday was the next day and it was no problem for her to make the party.

“It was definitely worth it to have LASIK. I can’t remember seeing without glasses.  I’ve worn them for so long that, even after LASIK, I find myself still reaching up trying to take off my glasses or thinking I still need to take my contacts out before going to bed.” 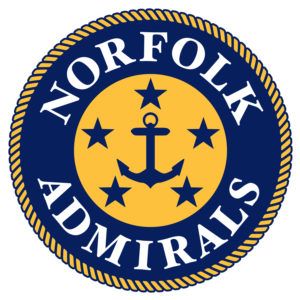 Now, when she gets up during the night with her infant son, having LASIK means one less step of remembering to put on her glasses.  “I can also see the clock so I know what time it is.”

Now that she’s #LivingLasikLife, Kaitlyn is looking forward to swimming without worrying about water getting into her goggles with her contacts in.

“I liked that Dr. Starling talked me through the surgery each step of the way.  I got a little nervous when the surgery began but I took a deep breath and told myself it was mind over matter.  The surgery is quick and was over before I knew it.  It was definitely worth it.”

That positive mind set has brought Kaitlyn far in life and helped her achieve many dreams.  Now that she’s had LASIK, she’s considering the pursuit of her lifelong ambition to be a firefighter which, until now, her vision has held her back from.  We’re proud to be a part of her ongoing success!

On Saturday, November 18, 2017 she’ll be on the ice again at the Norfolk Admirals cheering on this year’s contestants at the second annual #LivingLasikLife Shoot Out Contest.  Keep your eye on the Norfolk Admirals and Virginia Eye Consultants Facebook pages for more details coming soon about how to sign up to compete for your shot at free LASIK. 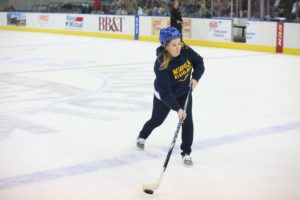 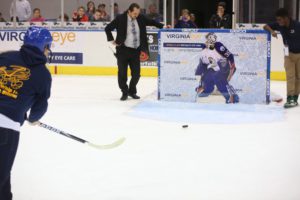 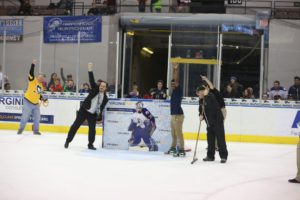 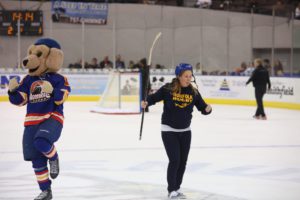 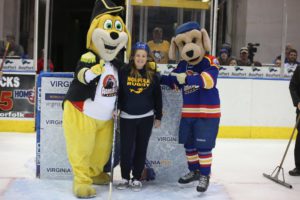