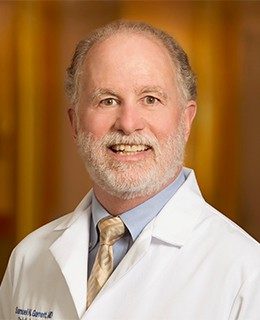 Getting to Know Dr. Garrett

Dr. Samuel Garrett is a well-respected and leading figure in the local Virginia Beach community among his fellow physicians and patients alike. He is known by many as a “physicians’ physician” because he cares for so many local ophthalmologists and their families. Dr. Garrett specializes in cataract surgery, refractive surgery, and blepharoplasty, and has published several works in major ophthalmic journals like the American College of Surgeons Program Volume, Ophthalmic Plastic and Reconstructive Surgery, and the American College of Surgeons Program Volume. In addition to consistently providing the best possible eye care to the local community, Dr. Garrett also served his country as a Major in the United States Army.

When Dr. Garrett is not seeing patients or being awarded some of the field’s most prestigious awards, he serves on the missions committee at Trinity Church and spends time with his wife, Nancy, and their daughter, Allison. Dr. Garrett has done his part to educate tomorrow’s doctors by holding professor positions at Eastern Virginia Medical School and the University of North Carolina-Chapel Hill. He also spends time providing eye care to the local homeless community through the Winter Homeless Shelter Program at his practice.